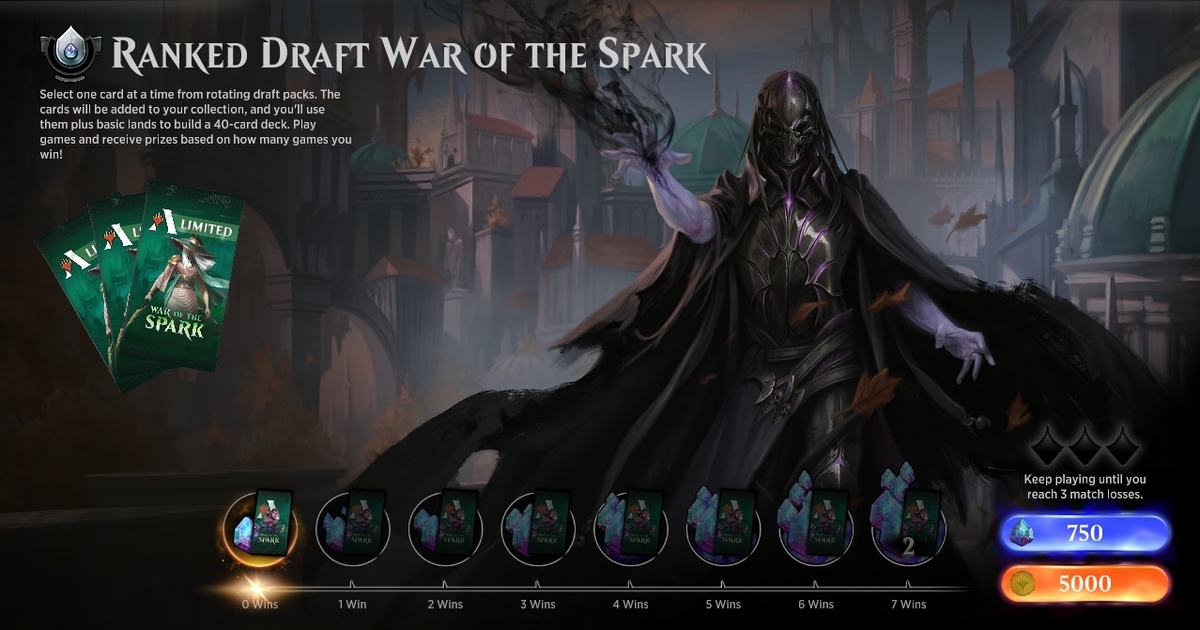 At MTG Arena, Ranked Draft War of the Spark is playable. You can join until 7 victories or 3 defeats.
In this article, I will introduce the deck of 7-2（7 victories and 2 defeats）.
[ UR Spell ]

《Tibalt, Rakish Instigator》 and 《Saheeli, Sublime Artificer》 can create creature tokens so we can see them as creatures in fact. 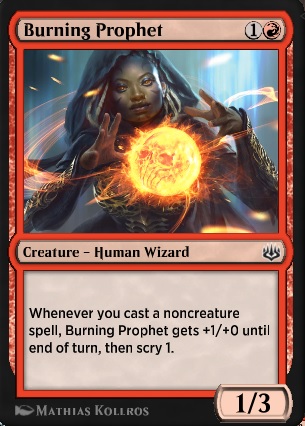 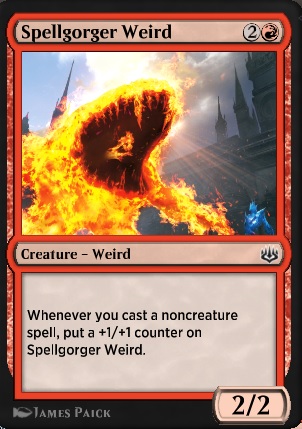 《Burning Prophet》 and 《Spellgorger Weird》 are the most important cards in this deck. You can take the initiative on the battle field by using noncreature spells effectively. It was good for this deck to pick many playable noncreature spells especially 《Ral's Outburst》. 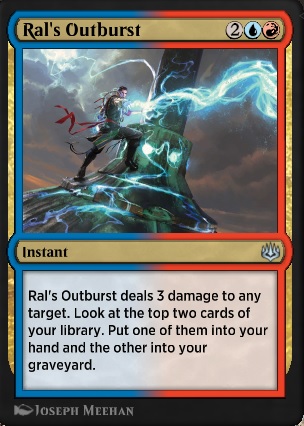 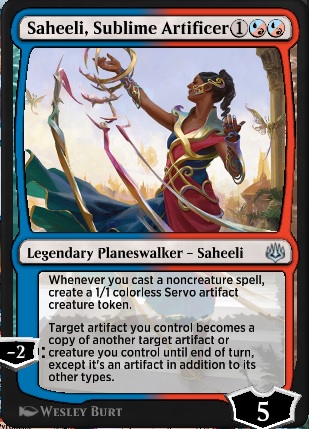